Dr. Michael Datcher did his undergraduate work at UC Berkeley, his Masters at UCLA and his Ph.D. at UC Riverside in English Literature. He is the author the Ferguson-area historical novel AMERICUS (Third World Press) and the critically-acclaimed New York Times Bestseller RAISING FENCES (Penguin Putnam/Riverhead)—a TODAY SHOW BOOK CLUB Book of the Month pick. The film rights were originally optioned by actor Will Smith’s Overbrook Productions, who hired Datcher to write the screenplay. Datcher has made many other media appearances including OPRAH. Datcher is also the author of the book of literary theory ANIMATING BLACK AND BROWN LIBERATION: A Theory of American Literatures (State University of New York Press, April 2019). He is co-editor of TOUGH LOVE: The Life and Death of Tupac Shakur. Datcher’s play SILENCE was commissioned by and premiered at the Getty Museum. He is co-host of the weekly public affairs news magazine BEAUTIFUL STRUGGLE on 90.7 FM KPFK in Los Angeles. He is the creator and host of the new online TV show The 4:45 Productive Through Joy Show. His writing is widely anthologized, including appearances in the volumes What Makes A Man (Penguin), Brown Sugar 3(Simon Schuster), Soulfires (Penguin), Testimony (Beacon Press), Another City (City Lights), and Body and Soul (Crown), among others. He has curated and/or presented his work at the Brooklyn Museum of Art, Museum of Contemporary Art, The Hammer Museum and other art institutions. Datcher is the President of the Board of Directors at The World Stage, a literary and jazz education and performance 501.C3 nonprofit in Los Angeles’ Crenshaw District. 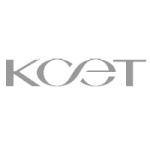 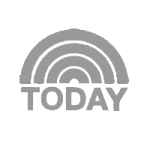